This article provides you with how to find out if you have a 32-bit or 64-bit OS or applications, using Windows 10, macOS, and Excel (for Windows and Mac) as examples. You can also learn about bit and byte that frequently appear in the computer world. 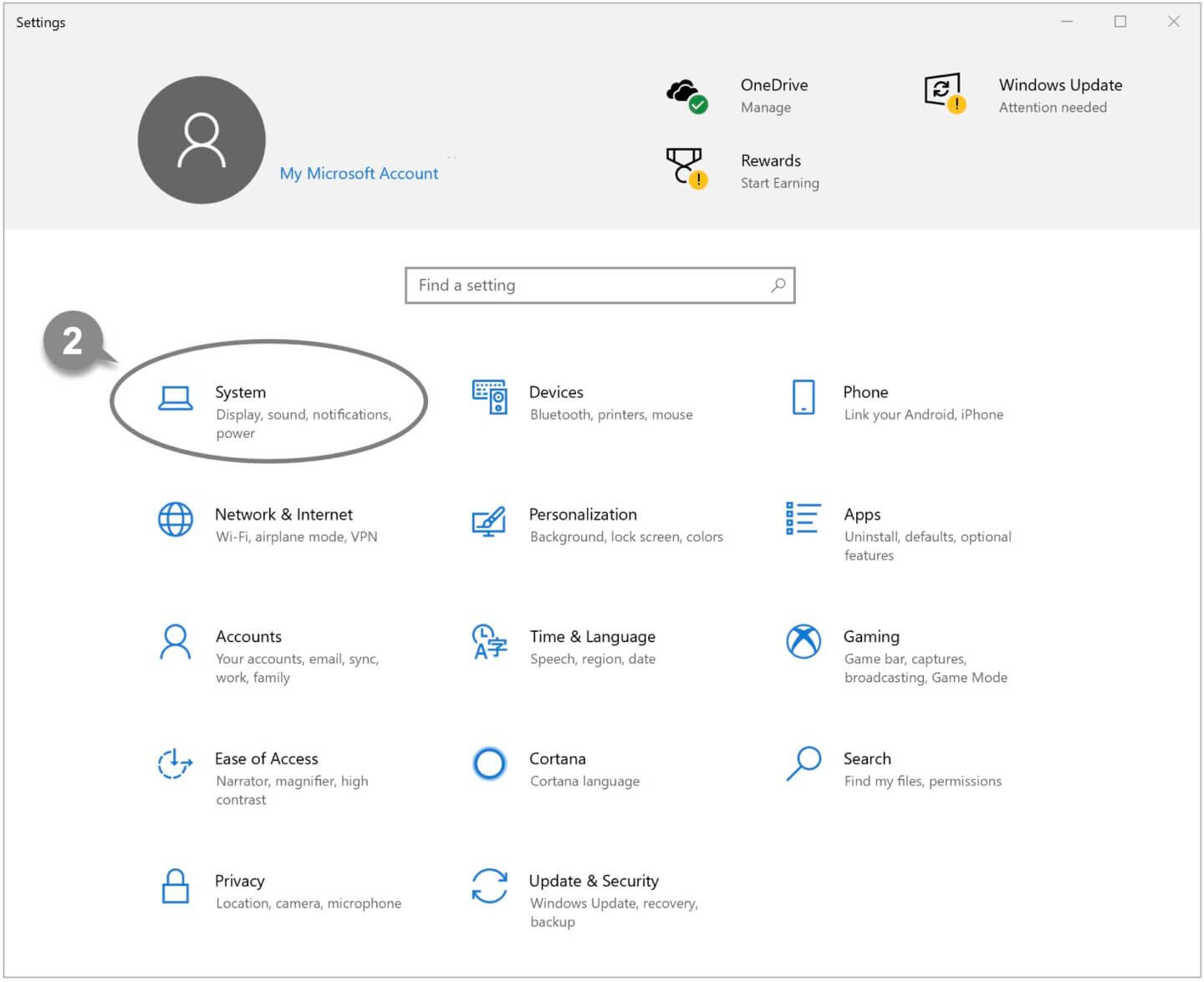 3 Click About on the left side of the screen.

4 Under System type, you can find out whether you have a 32-bit or 64-bit version of Windows. 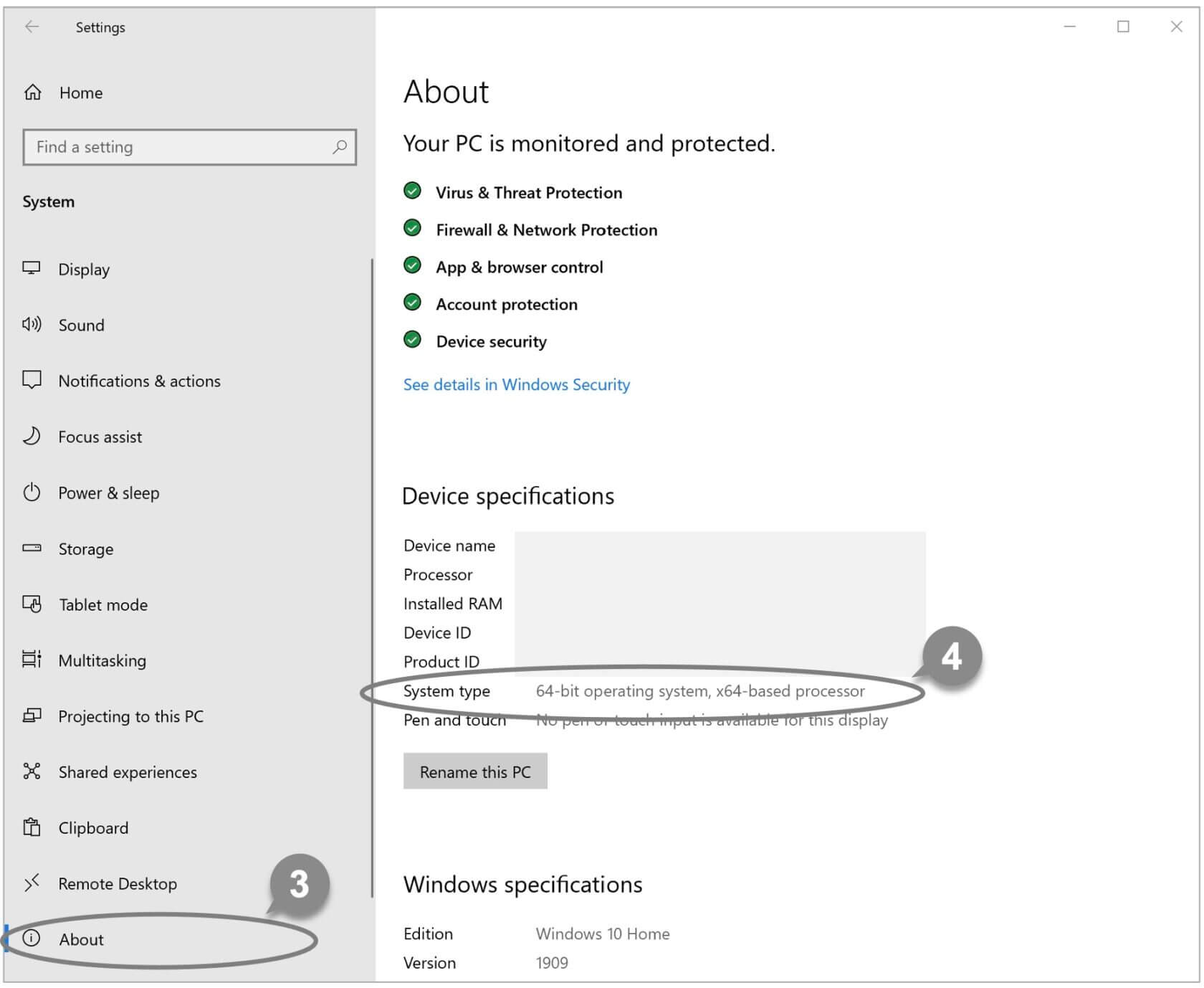 2. How to check on MacOS

On a Mac, an Intel-based processor identifies whether the OS is 32-bit or 64-bit.

3 Check your Processor Name to the information below to find out whether your Mac has a 32-bit or 64-bit processor.

3. How to check on Excel for Windows 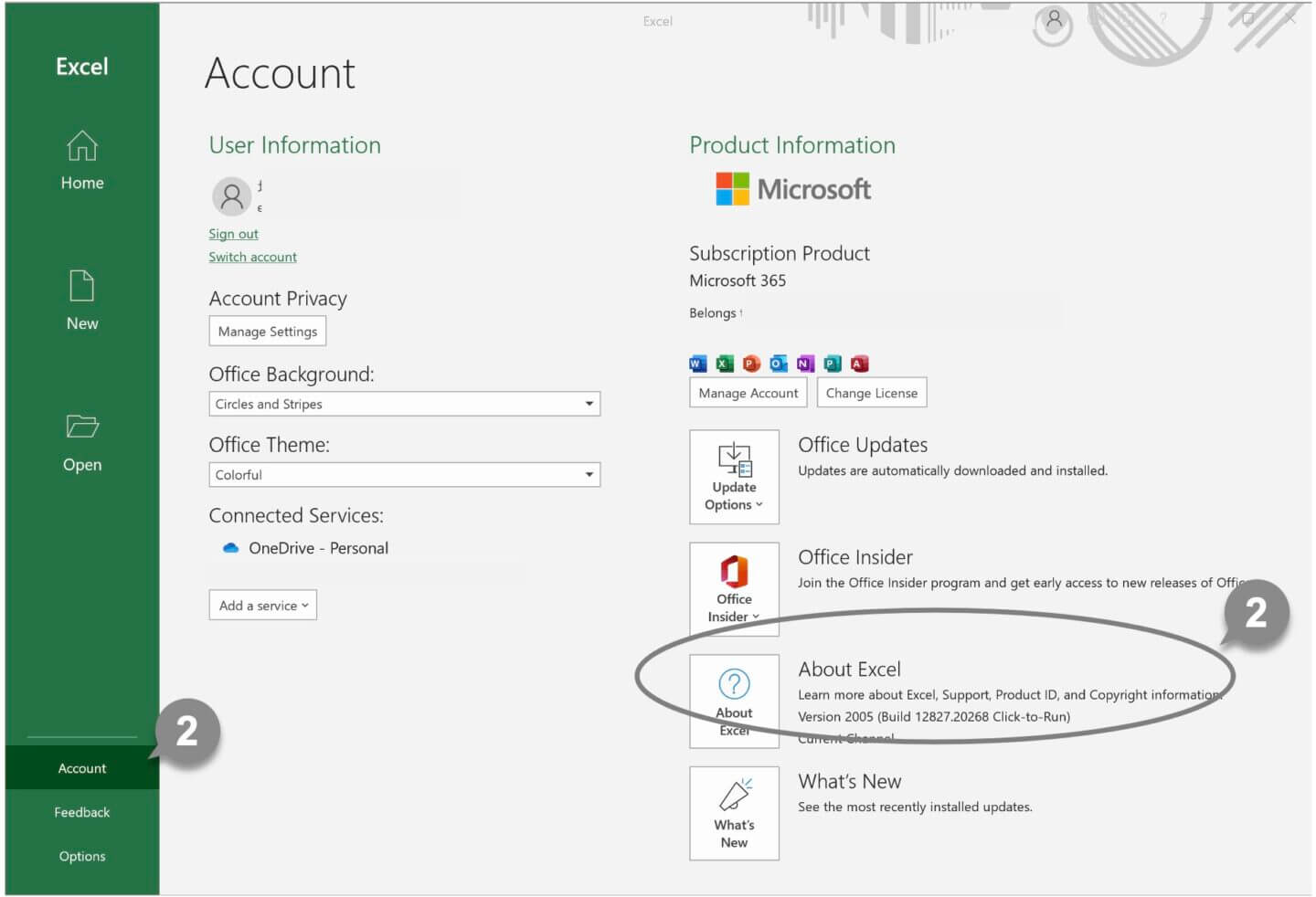 3 You can find out whether you have a 32-bit or 64-bit version of Excel in the following dialog box. 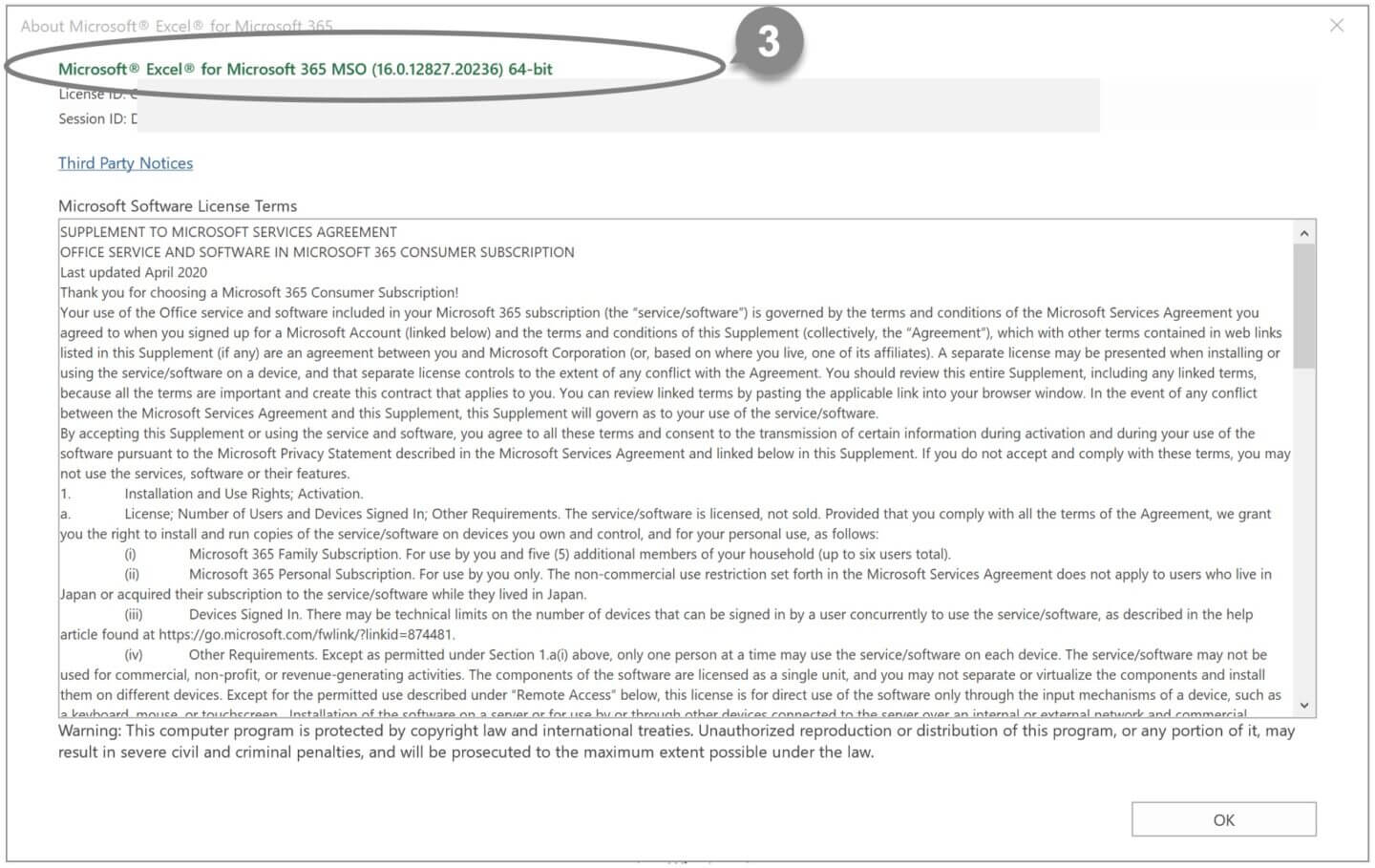 4. How to check on Excel for Mac

3 Under Kind, you can find out whether you have a 32-bit or 64-bit version of Excel. 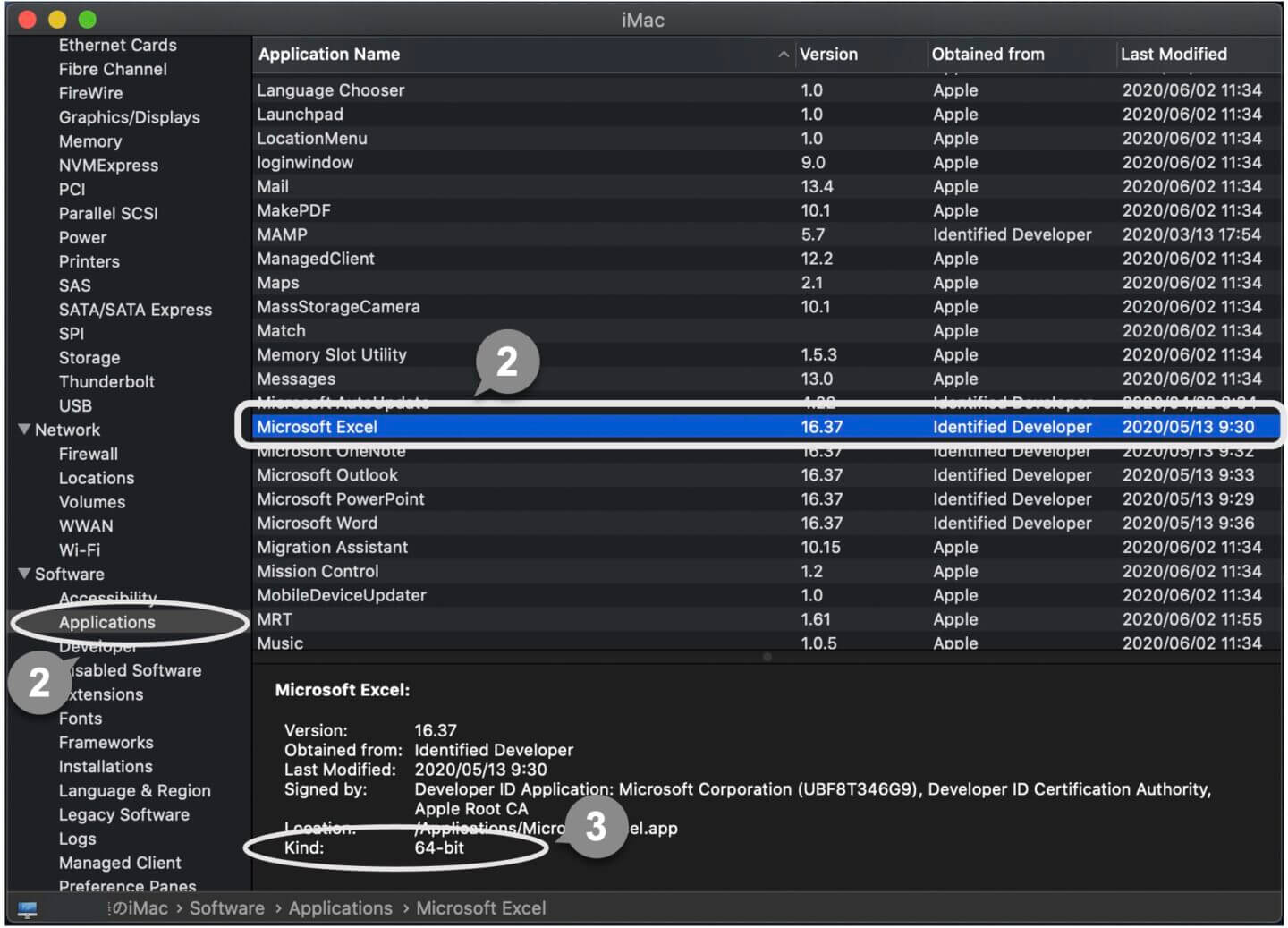 The terms of bit and byte come up a lot in computers. This is a unit used to describe the size of the data. In our daily life, we use decimal numbers such as 0, 1, 2, 3, 4… 9, but computers use binary numbers to represent all data as a combination of 0 and 1.

Convert from decimal to binary

Convert from binary to decimal

Computers can do very complex things, but the basic mechanism is that current is either flowing or not flowing in the electronic circuitry, and they process things in these two states. The OFF state that no current is flowing is set to [ 0 ], and the ON state that current is flowing is set to [ 1 ]. All data entered into computer is converted into numbers of 0 and 1 and further processed by replacing them with ON and OFF electrical signals. The unit for representing the data in two ways, OFF [ 0 ] or ON [ 1 ], is called ” Bit “. Bit stands for binary digit and is the smallest unit of data handled by a computer.

The combination of 0 and 1 is increasing, such as 1 digit for 1 bit and 2 digits for 2 bits. The larger the number of bits, the more information it can handle. Byte is a unit of information that consists of 8 bits. 1 byte has eight 0s to 1s in a row, and 256 ways (2 to the 8th power) of data can be represented.

CPU stands for Central Processing Unit, it receives data from input devices such as mouse and keyboard, and storage devices such as memory and hard disks to calculate and control the movement of other devices. In humans, it is the equivalent of the brain or central nervous system. You may have also seen and heard terms like 32-bit CPU and 64-bit CPU. The 32-bit and 64-bit values indicate the amount of data that the CPU’s data transmission channel can send at one time, and the larger the number of bits, the more data the CPU can read and process.

The amount of data that can be handled by PC is increasing as the performance improves. Therefore, we use a combination of auxiliary units to express a large amount of data in an easy-to-understand manner.

Analyze your household with graph

* You can check the trend of up to four items in graphs.

* You can also compare an item for up to four different years.

Here is for more information.